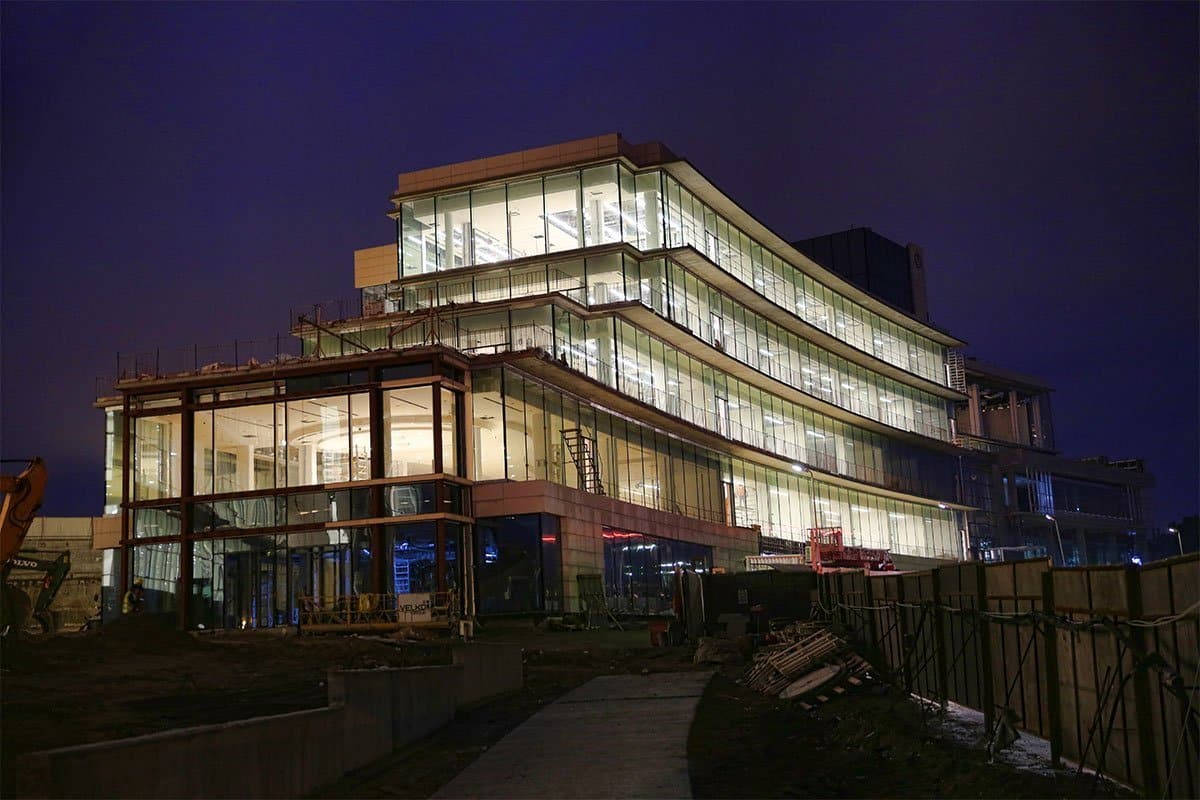 Our rapid progress in the Azerbaijan Diplomatic Academy (ADA) project, which has a special place for us, as SinerjiPro, due to being an educational institution, goes on. The North campus is now ready for opening.

As SinerjiPro, we are proud to work with all our employees in buildings that are suitable for ADA, which will raise the world leaders of the future.

ADA is an international relations university established in March 2006 under the Ministry of Foreign Affairs of Azerbaijan. The main purpose of the institution is to prepare experts for diplomatic career in foreign affairs of Azerbaijan. However, due to the interest in different countries around the world and the increase in student profile, the scope was expanded with the addition of many academic departments. ADA, apart from the young people who have received quality education to reinforce the diplomatic prestige of our sister country in the world, is also knwon for its quality of education in financial and engineering fields.

The road to this important goal is to build a campus consisting of buildings that are flawless in its infrastructure and technology. Our company, which came into play at this point, was rewarded for its effort and success in the first phase of ADA project, by being called for the second phase, either. In the buildings that make up the central campus, we have designed and built all MEP systems, including smart classrooms and educational systems that can be instantly integrated with the world. Now, the northern campuses are ready to serve the same quality as before.

SinerjiPro has meticulously performed electromechanical works in the foundation phase of the Dede Korkut cCampus of the university which attracted the attention of the world with its international relations and diplomacy education at European standards.

SinerjiPro has taken part in the 2nd phase of the university, which has achieved great progress since 2007 when it started education and managed to increase both the diversity and quality of its education. In this section, our company has completed all the works of electromechanical works perfectly with an organization of 300 people.

We are proud to take part in ADA University, a university which is, in addition to being a modern and high-tech architectural project, the enlightment project of the Repulbic of Azerbaijan.