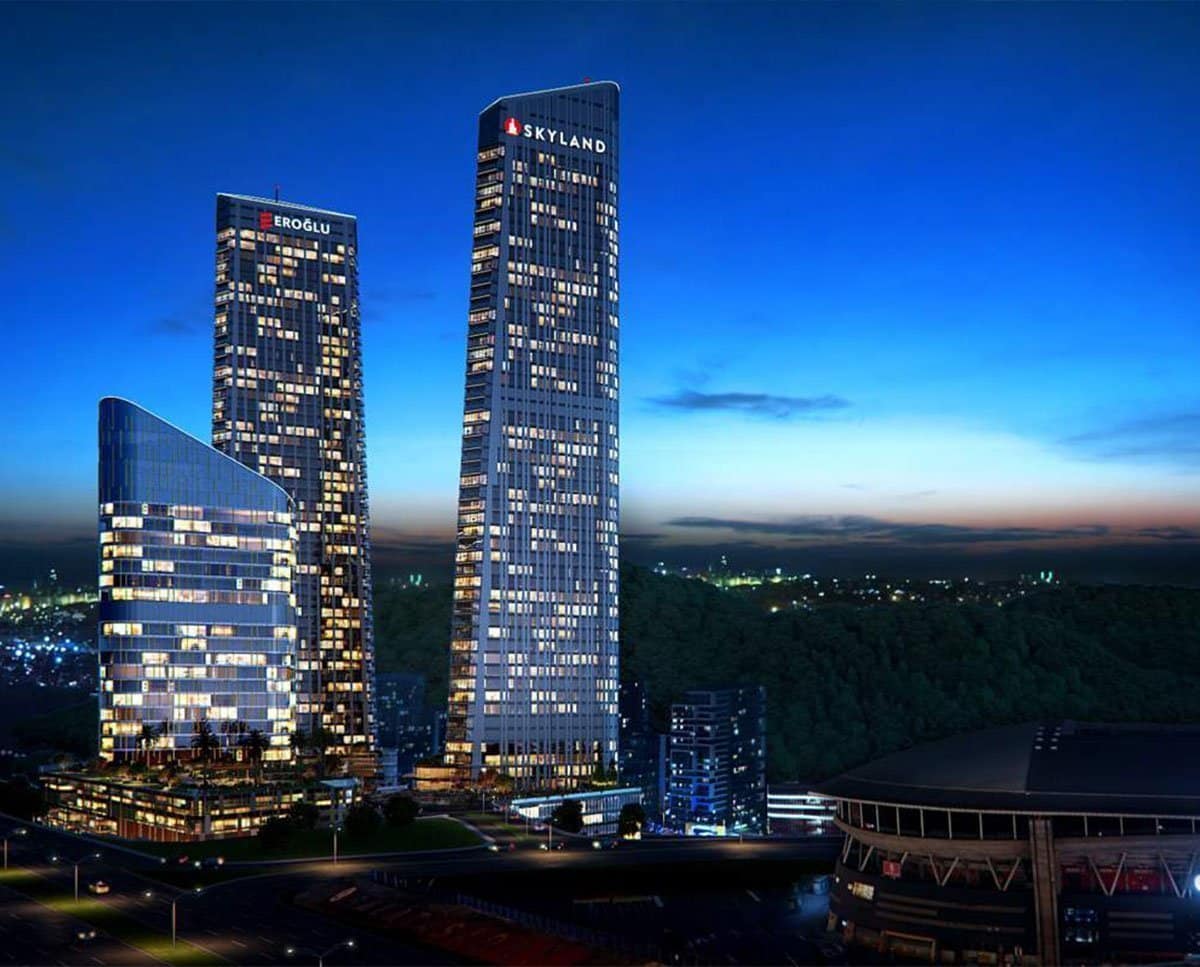 As SinerjiPro, we are proud to have contributed to this ‘high’ quality of life in our flawless workmanship.

Skyland Istanbul is an exclusive project prepared by Broadway Malyan, which has created World famous buldings, inspired by the natural texture of the Fairy Chimneys. Broadway Malyan, a global architecture, urbanism and design company, produces city and building projects integrated with 16 offices around the world.

Skyland Istanbul is a very special project that offers superiority in every aspect with its architecture consisting of 3 towers and the square that connects these towers, and its mixed structure consisting of residence, office and concept mall.

Skyland, which consists of 46 storey offices, 44 storey residences and 20 storey hotel buildings, is among the tallest buildings in Europe with 297 meters.

The shopping center and residental parts of Skyland, the building automation and high energy transmission cables of which that we have undertaken as SinerjiPro, are now in service. We are happy to be part of a giant investment of 600 thousand square meters that has become İstanbul’s apple of the eye